I fell with Myalgic Encephalitis in the mid 90’s whilst studying my dream degree, Mandarin and Asian Studies at the Australian National University (ANU). It came after a bout of Glandular Fever and Pleurisy and doing too much. I didn’t even know I had Glandular Fever, I was in my first degree, studying honours stream Archaeology, a Pastoral Tutor at College at LaTrobe University and working in the hospitality industry in the evenings. It wasn’t till the end of the year when I felt a bit sick and found out I had done this all with Glandular Fever.

Surprisingly I failed archeology. I had started learning Mandarin and fell in love with the language. I was lucky enough to get into ANU so I moved up there and rinsed and repeated. Studying hard and working in the evenings. I got caught in a rainstorm and fell ill with Pleurisy. Got better and then got back into it.

The symptoms started when I was at a UN Model Conference (I think I was France), we had a lot of reading to do and the words just didn’t make any sense. I powered on, embarrassed at my efforts. On return to Canberra, I came back from a swim in the morning and had a quick nap before a class. I woke up and tried to walk to the wardrobe, it was just over a metre away from my bed, I was crying as the pain was excruciating.

I saw a Doctor and she was wonderful, she looked at my history and diagnosed it as post-viral. Vitamin injections ensued and kept me going. After a couple of weeks she diagnosed me the Chronic Fatigue Syndrome (CFS) and put me onto a Counsellor at the University who had had it as well. I saw the Counsellor and found out that her step-son also had suffered from CFS – this sparked my curiously (more on this in another blog). The Counsellor was amazing. She knew that I was in my dream degree and tempered me with the following:

Continue on and you will suffer with this acutely for the next 10 years.

Leave now, concentrate on recovery, and you may be well within 2 years.

I went for the latter, left Uni, headed to my parents who were in the process of moving to Western Tasmania – a blessing in disguise – not much to do, beautiful scenery and very, very cold. My parents were the best, whilst Dad wasn’t fully convinced (ironic since he has recently told me he has felt fatigued for a very long time), Mum was amazing. If it wasn’t for her support, I don’t think I would have recovered so well.

I had a few outstanding symptoms: speaking was difficult, very sore body, memory loss, light sensitivity and it was uncomfortable to read or watch television. I spent my time with the cats in bed and listening to ABC Radio National – my highlights were Phillip Adams in the late evening and the Goon Show.

I got involved with the CFS support group in Burnie and their resources spring-boarded my recovery – I’ll go into this more in some blogs. After a 2 years of rest, treatments, change of diet and supplements I was back. I was working full-time and then after a bit returned to finish my first University degree, I sailed the Bass Strait, I worked in Sports Management, the Olympics, joined the Army and then worked in the Spatial Sciences. I got married, and had two children, Angus and Olivia. All up 20 years of a ‘normal life’.

Then, 22 years after first falling with CFS (now known as M.E.), I fell again after a perfect storm of virus’, work, volunteering and family activities. I had had one or two close calls with relapses during the 20 years but caught them. This one I ignored – at my peril.

I tried to manage it, I went on a Flexible Work Agreement (FWA) at work, but in the end I couldn’t even make 3 days a week. It took about 4 months of treatments and rest until I returned back to work – but at 70% and working 3 days a week. I have had a couple of crashes since and am trying to stabilise my body.

I have recently received some successful treatments after a battering of tests. I was originally diagnosed with CFS 22 years ago. I just automatically transferred that over to a M.E. diagnosis. But I just don’t know!

I am working with my doctor to see whether it is the correct diagnosis. I will let you know in my blogs how that works out.

In the meantime, I have lived the last 22 years thinking I have CFS. I hope you take what I have to offer and apply to your condition as you see fit. 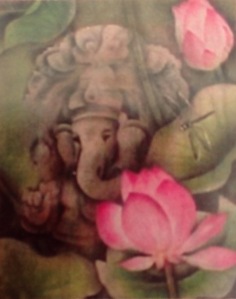 This is your life, your stage production- you choose what character you play and what costume you wear – every day.